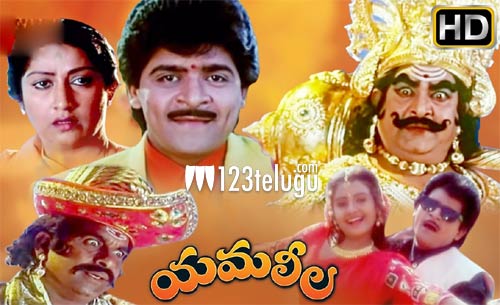 Yamaleela, starring Ali, was one of the most popular films of the ’90s and it was a huge blockbuster as well at the box office. Directed by SV Krishna Reddy, the film had Ali, Indraja, Kaikala Satyanarayana and Brahmanandam in important roles.

Incidentally, the film is now being as a TV serial and it will be aired soon on ETV. Ali will be reprising his role and the makers have also roped in Manju Bhargavi, who played Ali’s mother in the original film. Suman will be seen as Lord Yama; however, the new serial will have a young girl in a key role.

More details about the series will be announced soon.