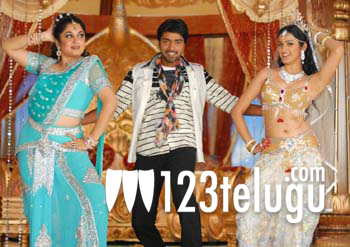 Comedy King Allari Naresh, who has given a super success in Sudigaadu, is back with his upcoming release Yamudiki Mogudu. This socio fantasy movie which had its grand audio release recently, is gearing up for a massive release on December 22. Debutant Richa Panai is paired opposite Naresh in this movie which has music by Koti. Graphics of the movie are said to be a big highlight of this film, which is produced by Chanti Addala and directed by E Sattibabu