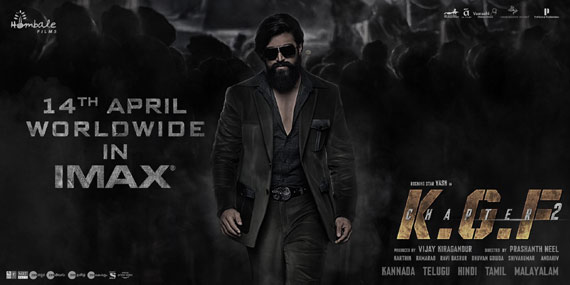 Sandalwood star hero Yash’s upcoming movie KGF: Chapter 2 is up for a grand release in theaters worldwide on April 14, 2022. Directed by Prashanth Neel, the magnum opus has created huge expectations among the cine-goers.

The makers have planned to release the biggie in a record number of screens. Besides, to give a better experience to audiences, the team KGF 2 has decided to release the movie in IMAX format in India and overseas. Unfortunately, movie lovers in Telugu states can’t enjoy this format as there exist no IMAX screens.

The multilingual period action entertainer has Srinidhi Shetty as the female lead. Sanjay Dutt, Raveena Tandon, Prakash Raj and Rao Ramesh are also a part of this biggie, produced by Hombale Films. Ravi Basrur has composed the tunes and background score for KGF 2.