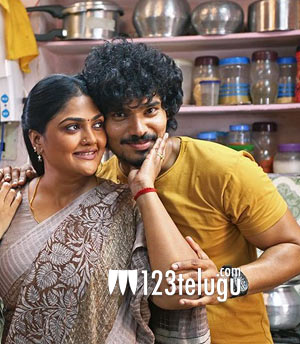 Remember Nirosha, sister of superstar Radhika. Well, she did a handful of films but could not reach the top league in both Tamil and Telugu. Now, she is ready for a comeback.

The latest we hear is that she is playing a crucial role in the upcoming Telugu film Nuvvu Thopu Raa. The film has Komakula Sudhakar as the main lead and Nirosha will be playing his mom in the film.

Nirosha is mostly known for her films with Chiranjeevi and Mani Ratnam.