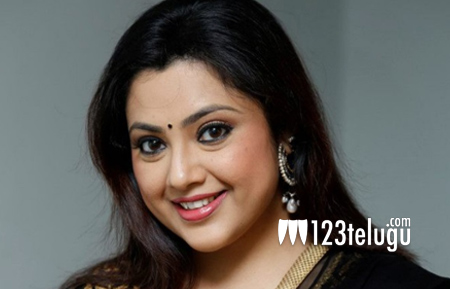 Balakrishna is doing a film in the direction of Gopichand Malineni and we all know that. With each passing day, some news or the other is coming out from the film circles

The latest update from the film circles is that yesteryear actress, Meena has been roped in by Gopichand for a key role in the film. She will be seen in the flashback episodes of the film.

Meena and Balayya were a hit pair in the late ’90s and we need to see how Gopichand uses Meena in this film. Watch this space for more updates on this film.