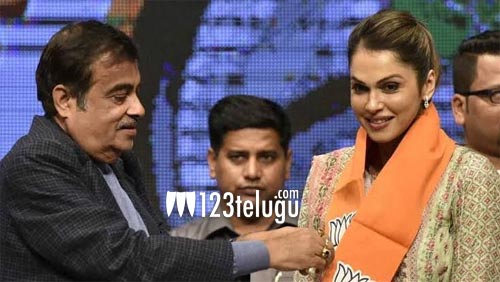 The election fever is catching up big time in India and political parties are doing their bit to attract the people by roping in some of the known faces in the country as their candidates.

Today, yesteryear actress, Isha Koppikar has officially joined the BJP. Isha was recently seen in Nikhil’s Keshava and now she has taken a different route and has made an entry into politics.

Isha has also done several Hindi films in the last twenty years. She is now married and is making her comeback in films as well.