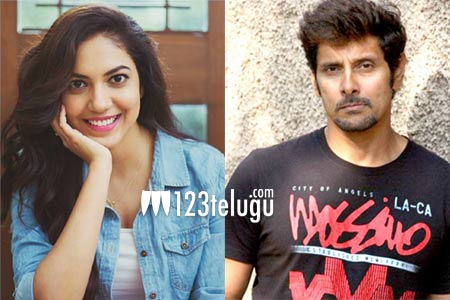 It is a known fact that Chiyaan Vikram is doing a film called Dhruva Natchathiram in the direction of Gautam Menon. Pelli Choopulu fame Ritu Varma is playing the female lead in the film and she has already started shooting for the same.

Now, the latest news is that veteran actress Radhika and 90’s star heroine Simran have been roped in to play crucial roles in the film. Touted to be a spy thriller, this film will showcase Vikram in a salt and pepper look.

The film is nearing completion and very soon the last schedule will kick start in Europe. Harris Jayraj composes the music for this film which is being produced by Gautam Menon on his home banner.