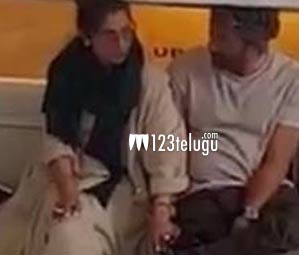 After romantic hero, Ranbir Kapoor was spotted in New York with Pakistani actress Mahira Khan, yet another star has been caught red-handed now. Action hero Sunny Deol and Dimple Kapadia have always been in the news for their on and off relationships.

Both the stars are married respectively but reports about their affair keep coming in all the time. But looks like things have become quite chaotic as both Dimple and Sunny have been spotted in London and the video of them having a good time is going viral all over.

This has created a stir in the media and so much is being written about them. We need to see how they react to these pictures now.