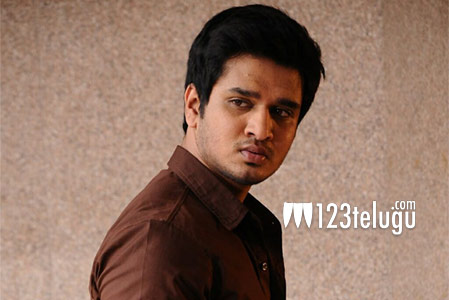 Young hero Nikhil, who is known for his zeal for signing films with variety stories, is awaiting the release of his latest crime comedy, Shankarabharanam, to continue his success streak. The film is all set to release on the 4th December amid heavy expectations. After the release, Nikhil will start shooting for his fantasy thriller under VI Anand’s direction.

Now, Nikhil has just signed yet another interesting film to be directed by debutant Karthik Reddy. As per the sources, the film will feature a sports backdrop, a first time in Nikhil’s career. Apparently, Nikhil was highly impressed with Karthik’s story and gave his nod immediately.

The film will be launched in February 2016. More details about the film’s cast and crew will be revealed soon.