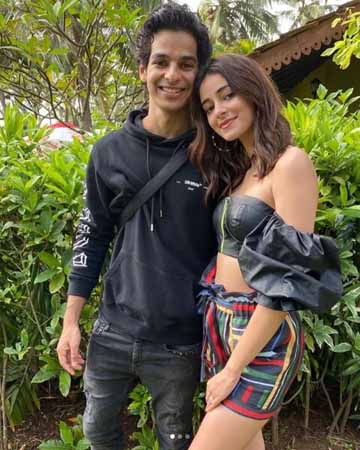 Ananya Pandey is quite a popular name in the Hindi film industry. She is making her Telugu debut with the Vijay Devarakonda film Liger which will release in August.

Ananya Pandey has been dating Shahid Kapoor’s younger brother and actor Ishan Khattar. The couple who have been dating for the last three years has finally broken up as per the latest update from Mumbai media.

Ananya never confirmed her relationship officially but she was seen hanging out with Ishan for the longest time. Now, the reports are that the couple called things off and have parted ways amicably.