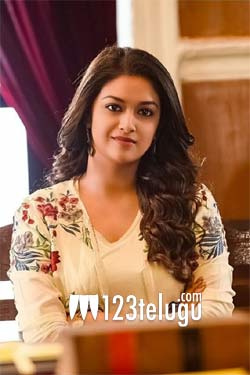 From the past few days, there have been reports that Koratala Shiva is in talks with a few star heroines to play the lead role in his new film with superstar Chiranjeevi.

Now, the latest we hear is that Koratala is in talks with Keerthy Suresh to play the female lead. Initially, names of Nayanthara, Anushka, and Shruthi Haasan were heard but nothing has been finalized as of yet.

Now, Keerthy’s name has come out and we need to see if she bags the film or not.