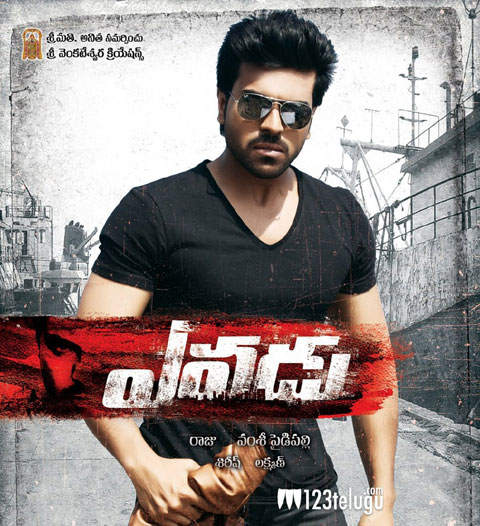 Ram Charan’s upcoming film Yevadu is gearing up for massive release on July 31. The post-production is going on in full swing and the film is expected to be censored very soon. Shruti Haasan and Amy Jackson are the lead actresses whereas Sai Kumar and Rahul Dev will be seen in important roles. A song was shot on Ram Charan and Shruti Haasan in the final week of June and another song was shot on Ram Charan earlier this month.

The entire film’s shooting has been wrapped up after few shots were canned on Shruti Haasan and with this, even the patch work has been completed. Allu Arjun is playing a crucial role in the film and Kajal Aggarwal will be seen in a cameo role. Buzz is that the film’s second half has plenty of twists and turns and it’s going to be a edge of the seat action entertainer. Vamshi Paidipally has directed the film and Dil Raju has produced it. Devi Sri Prasad has scored the music.