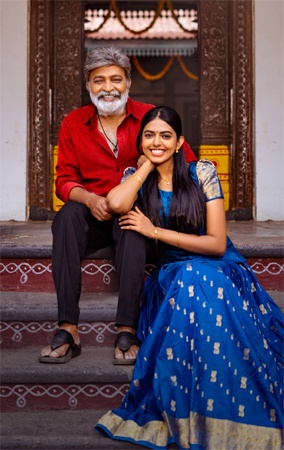 Upcoming Telugu movie Shekar marks the 91st movie of the actor Rajashekar. Directed by his wife, Jeevitha Rajashekar, the movie is an official remake of Malayalam blockbuster, Joseph, released in 2018.

Now, the team has revealed interesting news about Shekar. Actress Shivani Rajashekar, who got an appreciation for her performance in Adbhutam, is playing a crucial role in Shekar. This is the first time that a father-daughter duo has acted as a father and daughter on the silver screen.

Muskaan Kubchandhani, Aathmeeya Rajan, Abhinav Gomatam, Sameer, Bharani and others played important roles in this movie, which has the music of Anup Rubens.