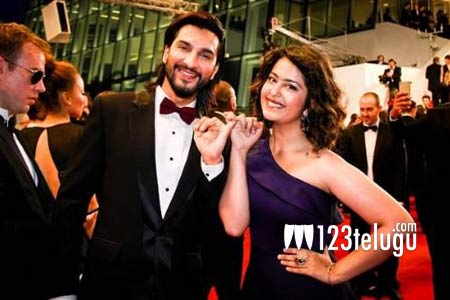 Avika walked the red carpet and posed for shutterbugs along with Hindi TV actor Manish Raisinghani for the release of the posters and screening of the trailer of their short film titled Ankahee Baatein. Avika acted as the creative director for the short film, which has been selected for the Short Film Corner at on ongoing Cannes film fest.

The short film stars Manish and Barkha Bisht and it has been directed by Manav Bhinder.