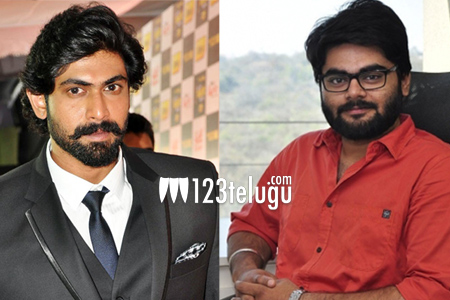 With PVP Cinema’s low budget crime thriller, Kshanam, turning out to be a super hit early this summer, the fate of several people associated with the film has changed forever. The first and foremost person to see his fortunes change overnight is the film’s debut director Ravikanth Perepu.

We had earlier reported that this young young director is penning a couple of love stories for his second project. Now, speaking to a leading news daily, Ravikanth said that he is in talks with Rana for his second film. Ravikanth further added saying that Rana liked the storyline and that they both are working on the full script at the moment.

More details will be revealed once the script is locked. Keep watching this space.