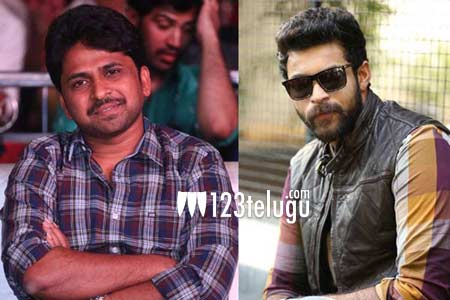 Young director Siva Nirvana, who is riding on high with the success of his debut film Ninnu Kori, is currently busy preparing the script for his next film.

Meanwhile, the latest buzz is that Siva has narrated a script to Mega hero Varun Tej. Impressed, Varun Tej is said to have asked him to come up with the full-fledged script. If everything goes well, an official announcement regarding this project will be made soon. Keep watching 123telugu for more updates.