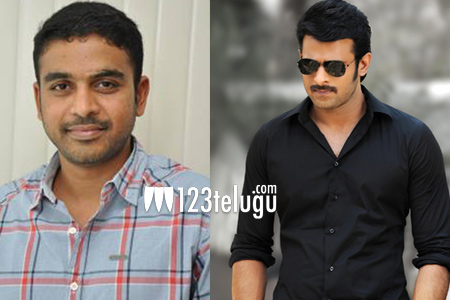 Young director Radha Krishna Kumar made his debut with the Gopichand starrer high budget action entertainer, Jil. Even though the film did not set the box-office on fire, the young filmmaker gained immense applause for his stylish taking. After Jil, there were reports that Radha Krishna’s next will be with Ram Charan.

However, the Ram Charan project failed to materialize and Radha Krishna reportedly narrated a story idea to Prabhas. The Young Rebel Star reportedly liked the idea and asked Radha Krishna to develop it into a bound script. Prabhas also asked the director to make changes to the script according to his image.

The film will kickstart once Prabhas wraps up Sujeeth’s film in 2016. UV Creations will be bankrolling the project.