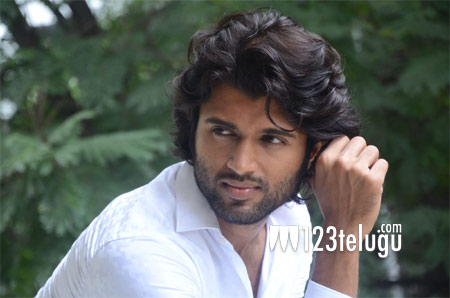 Vijay Deverakonda became a sensation with Arjun Reddy and now, he’s one of the busiest actors in the industry. Currently, the actor is shooting for Parasuram’s upcoming film which also stars Rashmika in a lead role, and his next film in Bharat Kamma’s direction will go on floors soon.

Meanwhile, the actor revealed that he has been experimenting with his body and he’s working with a popular fitness trainer Kuldeep, who has worked with several Tollywood celebs in the past. Buzz is that Vijay wants to have a ripped look and hence, he has been working hard at the gym to achieve this new look.

Training with Kuldep. Experimenting with my body. Let's see what comes of this 😉 pic.twitter.com/gJn7B3ZpLh