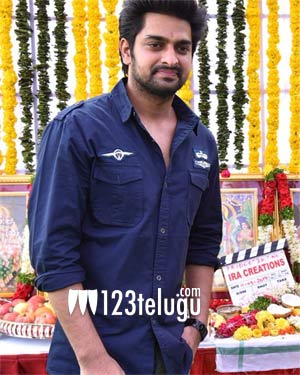 After dabbling in acting and production, young hero Naga Shaurya had also ventured into direction and made a short film a couple of years ago. Now, the actor is turning story writer with his latest film which will also feature him as the male lead. Interestingly, Shaurya will also bankroll the project under his IRA Creations banner.

Apparently, Naga Shaurya has penned an interesting romantic comedy script loaded with family drama for his next film. The film will have its formal launch today. F2 actress Mehreen will be essaying the leading lady’s role in this as-yet-untitled film and debutant Teja will direct it. Airtel 4G ad girl Sargun Kaur will make her Tollywood debut with a key role in this film.