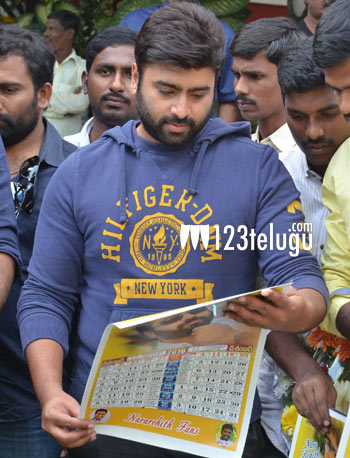 Nara Rohith, one of the busiest actors in the Telugu film industry, unveiled the 2016 calendar, which was published by the his fans. Yesterday, several fans from Guntur, Chittoor and Ananthapur districts visited Nara Rohith on the sets of his ongoing film, Raja Cheyi Vesthe, and requested the actor to release the calenders.

Speaking on the occasion, Rohith thanked his fans, producers and directors for showering their affection towards him over these years. Rohith further wished his fans and everyone a very happy and a prosperous new year.

Rohith currently has nearly 6, 7 films in different states of production and all these films will hit the screens in 2016.