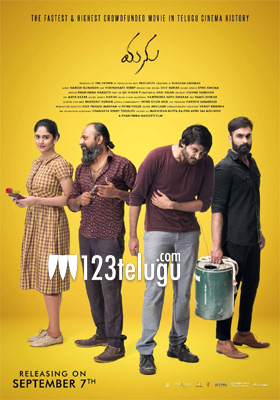 Manu, the much-talked-about crowd-funded film, is slated for release on September 7. The film’s pre-release event will be held tonight in Hyderabad. As per the latest updates, Nani and Varun Tej will be the special guests at the event.

Manu is a mystery romance drama. The film has Gautam and Chandini Chowdary playing the main leads. Debutant Phanindra Narsetti is the director. Nirvana Cinemas is presenting this movie, which was produced by 115 movie afficianados.