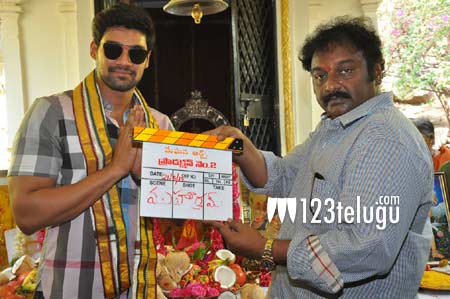 Young hero Bellamkonda Sai is currently busy with Boyapati Srinu’s action entertainer. Next, Sai has yet another crazy project with Balayya’s Dictator’s director Sriwass. The Sriwass-Bellamkonda Sai’s film has been launched this morning with a grand pooja ceremony held at Ramanaidu Studios.

Jagapathi Babu, Ravi Kishan and Kannada actor Madhu Guruswamy will be seen in prominent roles. Rockstar Devi Sri Prasad is going to compose music. Meghana Arts banner will bankroll this movie, which will be shot in picturesque locales in India and abroad. The film will go to the sets in June.