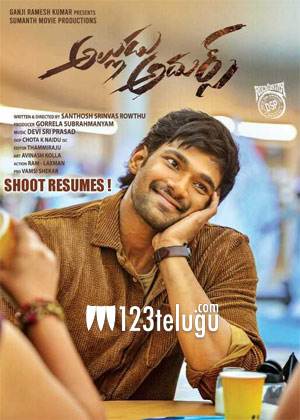 It is a known fact that Bellamkonda Sai Srinivas is working with director Santhosh Srinivas of Kandireega fame for Alludu Adhurs. The film’s shooting resumed today in Hyderabad with all the safety measures.

What’s special is that the makers are also planning to launch the teaser of the film quite soon. Alludu Adhurs is being planned for release during the Sankranthi festival, 2021. Subrahmanyam Gorrela bankrolls the film under Sumanth Movie Productions Banner.