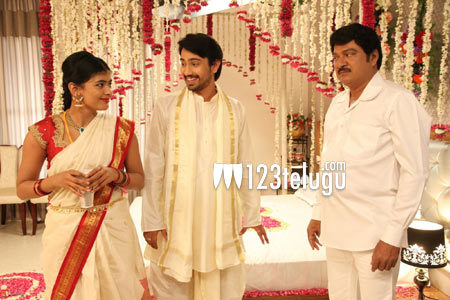 Recently, young hero Raj Tarun and his Kumari 21F co-star Hebah Patel’s ongoing romantic entertainer, Andhagadu, wrapped up its first schedule. The makers are prepping for the second schedule, which will begin soon.

According to the latest update from the production house, Andhagadu is aiming an early summer release and the actual date will be locked later. In this movie, Raj Tarun will be seen as a visually challenged youngster. But the makers insist that the film won’t be a tearjerker and that Raj Tarun’s character will have a light-hearted feel.

Noted writer Veligonda Srinivas is making his directorial debut with this movie and Anil Sunkara is producing it.