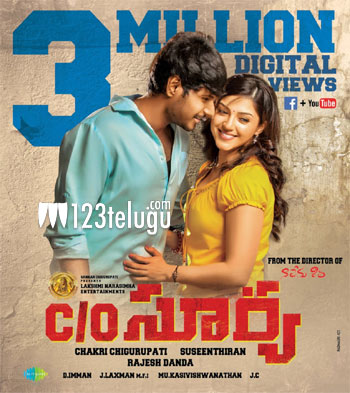 Young hero, Sundeep Kishan is doing some interesting bilinguals in the last year or so. Next in line is his new film C/O Surya. The teaser of the film which was launched by Nani has impressed everyone and has crossed three million digital views in no time.

Mehreen Pirzada is paired opposite Sundeep Kishan in this film which is a light-hearted entertainer. C/O Surya is titled Nenjil Thunivirundhal in Tamil and is directed by Suseenthiran.

Slated for a Diwali release, this film has music by D Imman. Chakri Chigurupati is releasing the movie in Telugu.