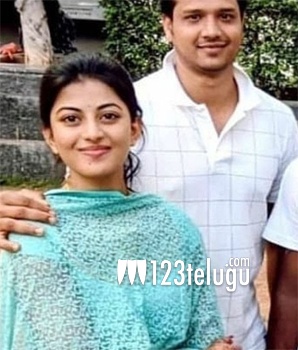 Warangal beauty Anandhi (Rakshitha) surprised everyone by tying the knot in January. The talented actress married a marine engineer named Socrates. In a latest interview, Anandhi, who is currently acting in Sudheer Babu’s Sridevi Soda Centre, said that she will continue acting even after her marriage.

In a pleasantly surprising revelation, Anandhi said that her husband Socrates will be making his debut as a director very soon. She went on to reveal that Socrates is a huge movie buff and that he had even worked as an Assistant Director in the past. Whether Anandhi will be acting in her husband’s maiden film or not remains to be seen.