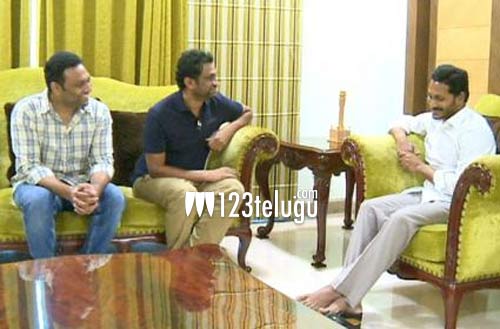 Yatra, the much-talked-about film on one of the iconic Telugu political leaders and former AP CM YS Rajasekhara Reddy, released yesterday to a decent response from the ardent fans of YSR. The film collected nearly Rs 2.28 crore share in the twin Telugu states on its opening day and even the day 2 collections are steady.

This evening, Yatra’s director Mahi V Raghav and one of the producers Vijay Chilla met with YSR’s son and Leader of Opposition in AP Assembly YS Jagan, at the latter’s residence. After their interaction with Jagan, director Mahi said that Jagan was happy with the way YSR fans are lapping up the film. It’s well-known that even Jagan was seen in a very short cameo in Yatra.