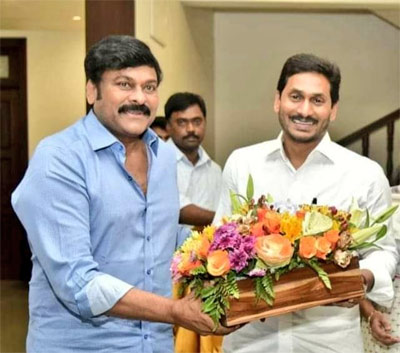 Acharya is up for a release on the 23rd of this month. The promotions have started and now it is time for the pre-release event to happen.

The latest update is that the pre-release event will be held on April 23rd in Vijayawada and none other than AP CM, YS Jagan will be coming in as the chief guest.

Megastar Chiranjeevi has personally invited the CM for this event today. Acharya is directed by Koratala Siva and also has Ram Charan in a key role. The film releases on the 29th of April.