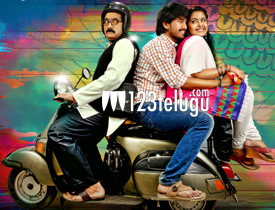 The hit pair of Raj Tarun and Avika Gor are back again with their latest presentation Cinema Choopista Mama. Directed by Trinadha Rao, this comedy entertainer has hit the screens today. Let’s see how it is.

Kaththi(Raj Tarun) is a careless youth who spends his life without any goal. One fine day, he falls in love with a Bengali girl named Parineetha(Avika Gor) and starts chasing her. After a lot of wooing, he somehow manages to win her love.

Twist in the tale arises when Parineetha’s father(Rao Ramesh) comes into the picture and finds out about his daughter’s love affair. He lays a challenge in front of Kaththi and asks him to fulfil it in order to marry his daughter.

What is that challenge ? Will Kaththi accept it ? and How does he manage to win his love is the story all about.

Major plus point of the film is the light hearted comedy which is filled in huge doses. There are enough episodes in the film which will be specially enjoyed by the masses. Second half of the film gets interesting as certain satires and emotional punches work well. The episode featuring Jabardasth gang has come out well.

Raj Tarun gets a tailor made role and he does an exceptional job. Not once in the film does he get intimated by the strong screen presence of Rao Ramesh and acts on par with the seasoned actor. Rao Ramesh is superb in his role and brings a lot of depth to the film.

Music of the film is pretty good as all the songs are quite decent. Raj Tarun’s chemistry with Avika Gor is pretty good and all their scenes have come out pretty well. Avika Gor looks good but has nothing much to do in the film.

Even though the first half of the film is decent, it has been dragged to unnecessary extent. Last ten minutes before the interval point could have been easily trimmed to make the film even more crisp.

Avika Gor has absolutely nothing to do in the second half. There are some logics which go missing in the film. Climax has been dragged slightly and could have been ended with much fuss. Some love scenes in the first half have been extended unnecessarily and are a bit loud.

As said earlier, music by Shekhar Chandra is very good. All the songs are decent and have been shot nicely. Screenplay of the film is decent and flows freely. Dialogues are pretty good and evoke decent laughs. Camera work is quite neat and showcases the film in a good light. Editing is decent but many scenes in the first half could have been edited to make the film crisp.

Coming to the director Trinadha Rao, he does a very decent job and narrates the film swiftly. He etches out good fun from all the confrontation scenes between Raj Tarun and Rao Ramesh. The only place where he falters is during the first half which has many unwanted scenes.

On the whole, Cinema Choopista Maava is a decent mass entertainer which do well in the single screens. Raj Tarun’s massy avatar and some decent comedy elements throughout the film are huge assets. If you manage to ignore some loud moments and a routine first half, you can easily give this film a shot for its breezy entertainment.