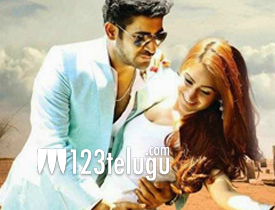 Continuing with the trend of dubbing flicks, yet another Tamil film has been dubbed in Telugu as Dr Saleem. Starring Vijay Anthony, this thriller has hit the screens today. Let’s see how it is.

Saleem(Vijay Anthony) is an orphan who studies hard to become a doctor. He often does social service and gives free treatment to his patients. This attitude of his does not go well with his boss. During this time, Saleem also gets engaged to a girl named Nisha(Aksha).

One fine day, Saleem takes up the case of a patient named Narmada who gets gang raped. He gets involved so much in Narmada’s life that he ignores both his job and fiance. An upset Nisha leaves him for good, and Saleem also looses his job in this process. Twist in the tale arises when he comes to know that Narmada has been kidnapped.

What will Saleem do now ? How will he get his job, fiance and Narmada back into his life ? To know answers to these questions, you need to watch the film on the big screen.

Second half is a major asset of this film. The way director Nirmal Kumar has executed this part is quite interesting. Thrilling elements and different screenplay adds a lot of depth to the film. Some confrontational scenes in the hospital, interval bang and climax episode have been narrated quite cleverly.

The song which comes during the climax elevates the film nicely. Vijay Anthony does well and portrays different shades in his character decently. Aksha impresses in the role of an arrogant girlfriend big time. Rest of the cast have also done a decent job.

First half of the film is a big let down. The director has stretched the story and has added many unnecessary scenes right throughout the first half. These scenes not only get repetitive but also irritate the audience big time. The romantic track between the lead pair does not the create the necessary effect.

Story line of the film is routine and has been showcased in recent films like Temper and Patas. The entire kidnapping episode featuring the commandos looks out of place and is not necessary in the film. Run time of the film is also a bit lengthy.

Camerawork is top notch and so are the production values. Music by Vijay Anthony is decent as all the songs have been composed well. But it his background score which elevates the film to another level. First half of the film is a bit lengthy. Director Nirmal Kumar manages to score decent points with his directional skills. He narrates the story in an engaging way but starts the proceedings with a below par screenplay.

On the whole, Dr Saleem is a message oriented thriller which has its moments. Exciting second half and a engaging climax are basic plus points. If you manage to sit through the boring and rigorous first half, you might end up liking this flick. Watch it at your leisure.