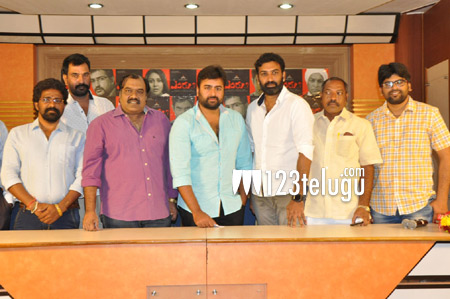 Talented actor Tarakaratna, who is looking for a break in his career is back with Evaru, which released today. Let’s see how this film turns out to be:

Shekhar (Tarakaratna) is a journalist who is interested in solving various mysterious cases. Being an atheist, Shekhar doesn’t believe in any superstitions. One fine day, he comes across Yamini Chandra (Panchi Bora) who is suffering from abnormal illusions and paranormal activities.

To solve the mystery, Shekhar shifts into Yamini’s house and he too undergoes the same problems. What is the reason behind Yamini’s illusions? What is actually happening in the house ? How did Shekhar manage to solve the mystery ? That forms the rest of the story.

Tarakaratna gets an author-backed role and performs quite well. The way he emotes in crunch situations and carries the entire film on his shoulder shows his experience. Roles like these, will take him further in his career and make him a better actor.

Heroine Panchi Bora does okay as a girl who is experiencing mysterious circumstances. Nasser and Suman were apt in their respective roles. Some of the thrilling scenes during the last half an hour are handled quite well and make for an engaging watch.

The second half moves at a snail’s pace and doesn’t pick up till the climax. The pace of the film also drags and many scenes are quite predictable and have nothing much new to offer.

Though the film was touted to be a horror film, there are not many scary scenes. Except for the lead actors, rest of the characters are badly written. They just come and go for silly reasons.

Director had a good storyline but couldn’t handle the execution well. The production values are very bad as one would easily get the feel of watching a telefilm. VFX is of very low standard. Cinematography should have been handled well and editing played a spoilsport as many scenes had abrupt cuts. Background score is just about okay.

On the whole, Evaru is just a below average thriller which has some interesting moments in the last half an hour. Even though the concept is good, silly execution in crunch scenes and many logic-less episodes spoil the proceedings to an extent. All those who like suspense thrillers and do not mind the lacklustre storyline, can give this film a shot.
123telugu.com Rating : 2.75/5