Review : Garam – Works only in parts 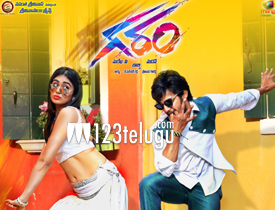 Young hero Aadi, is on the lookout for a solid hit. After the failure of Rough, he is now back with the action entertainer Garam. Directed by Madan, this film has hit the screens today. Let’s now see whether Aadi gets his much needed hit or not.

Varaala Babu (Aadi) and Ravi (Chaitanya Krishna) are arch rivals right from their childhood days. After his graduation, Ravi gets a job and leaves to Hyderabad while Vaarala Babu stays back jobless.

As time passes by, Babu too reaches Hyderabad in search of a job and ends up falling in love with Sameera (Adah Sharma). In the process of wooing her, Varaala Babu comes across Ravi in a paralyzed and bedridden state in a hospital.

Aadi is improving with every film and gives a mature performance. He has ample amounts of talent to showcase and is at ease in this film right from his dances to his emotions. Senior Naresh is showcased well as a doting father and all his emotional scenes in the second half work big time.

Tannikella Bharani, is also showcased well in a positive but limited role. Some comedy scenes between Shakalaka Shankar and Madhu work out well. The movie also starts on an interesting note and the way characaters are introduced is commendable. The locations for two of the songs are also impressive and beautiful.

The major minus point of the film is the dull story line. Although the film has quite a few twists, they fail to keep the pace racy. Also, after the first twenty minutes and an interesting interval bang, the film fails to pick up during the second half.

Adah Sharma’s role is a big letdown for the film. More than half of the film she is seen in a burka. In the few scenes where we do see her, she does not look appealing. The love story between the lead pair ends up looking forced. Bramanandam’s character is irritating and annoying. Kabir Duhan Singh gets stuck in a poorly etched villain’s role.

Songs come in as huge speed breakers with poor placement, especially the last song which comes right when the film is about to end. A more interesting screenplay and a racy narration would have made the film better. Nassar’s flashback lacks clarity.

Production values are quite good. Editing is at par, but the placement of songs could have been better. Background score is average and does not elevate the film much. Cinematography is just about okay.

Coming to the director Madan, he has faltered with this movie. His direction is below par and although he succeeded in showing emotions between the father and son well, he failed in all other aspects of the film. A more gripping screenplay could have done wonders.

On the whole, Garam is yet another disappointing attempt from talented hero Aadi. Although his mature performance and a few emotions give a good start, the heroine, direction and screenplay falter at the finish line. A better script selection will surely take Aadi to places in the future. Finally, you can save this one for the small screen.