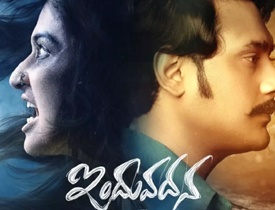 Varun Sandesh is back with a new film called Induvadana. The film has been released and let’s see how it is.

Vasu(Varun Sandesh) is a forest officer who falls in love with a tribal girl named Indu(Farzana Shetty). As time passes by, even Indu okays Vasu’s love. When things seem to be going fine, Indu gets killed all of a sudden. Who killed Indu? What will Vasu do now? What’s the role of tribals in this whole story? To know the answers, watch the film.

It was good to see Varun Tej on screen after a long time. He does well in all the romantic and horror scenes in the film. Heroine Farzana played her bold role impressively and showcased good glamor. A few emotions in the second half have been executed well.

The various sacrifices are done in love and the manner they are unleashed looked good. Ali was seen in a good role after a long time. Raghu Babu also played his supporting role nicely. The basic emotional thread in the story looked good.

Even though the story is good, the narration is not that effective. Certain key scenes are dished out in a cinematic manner and look unnatural. There was good scope for the drama to be elevated that did not happen in both halves.

The pace of the film is also slow and takes forever to get into the main story. Also, the screenplay is not that effective. The film has emotions but that do not bind you much and look pale when needed.

The production values of the film are decent. The music is good but the BGM should have been better. The camera work is impressive and so was the production design. The editing was decent but the screenplay did not work. Coming to the director MSR, he took an intense story but failed to elevate it much.

On the whole, Induvadana has a decent backdrop and neat performances. But the narration lacks the punch and the slow pace spoils the mood of the audience in no time. Looks like Varun Sandesh needs to pick one more good film to make his comeback.