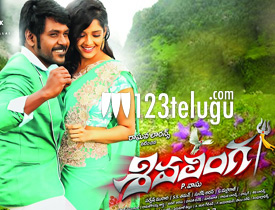 After being postponed many a time, the P Vasu thriller, Shivalinga has finally hit the screens today. Let’s see how it is.

Shivalingeswar(Lawrence) is a CBCID officer who is given the responsibility of cracking a unique murder mystery. As time passes by, he gets hitched to Satyabhama(Ritika Singh) who is in turn possessed by an evil spirit.

An upset Shiva is left with the responsibility of handling both his personal and professional problems at once. Who is this evil spirit? Why is she attacking Satyabhama? Does it have any connection with the murder mystery? and how does Shiva crack this case? That forms the rest of the story.

One of the biggest assets of the film is the horror element which is cleverly induced through a murder mystery. Right from the beginning to the end, the major twist is held tight making the suspense factor interesting. The way Lawrence goes about investigating the murder mystery and all the related scenes that come during this time are neatly handled.

Various scenes featuring the evil spirit have been showcased convincingly and Ritika Singh’s performance during this time is quite impressive. Even though the first half is a bit slow, second half makes up for it as the suspense factor keeps the audience engaged decently.

Coming to Lawrence, he has done a decent job in his role and as usual is good in his dances. Vadivelu’s comedy works well in places. Thaman’s background score elevates the film to another level. The climax is also decent and well executed.

Too much time is wasted during the first half for the actual action to kick start. The makers tried to generate good fun through Urvasi’s character but sadly, the track between Lawrence and Urvasi does not evoke much fun. The horror scenes showcased are just about okay and nothing to rave about.

Even though the suspense is generated right till the end, the twist that is revealed does not create much impact later. Some scenes between Vadivelu and Lawrence during the second half irritate you to an extent.

Editing by Suresh is decent and so were the production values by Ramesh Pillai and his team as the dubbing done is apt. Camera work by Sarvesh is captivating as the film has a thrilling feel till the end. As said earlier, Thaman’s background score is the major asset for this film. Coming to the director P Vasu, he has done a decent job with his execution. Even though his storyline is a bit weak in places, he nicely covers it up with a decent screenplay for the most part of the film and keeps the audience engaged.

On the whole, Shiva Lingaa is yet another decent horror thriller from Lawrence. Interesting storyline clubbed with good suspense elements and taut performances are a major asset. If you ignore the slightly dull first half and loud nature of the film, Shiva Linga has enough elements for you to give the film a shot this weekend.