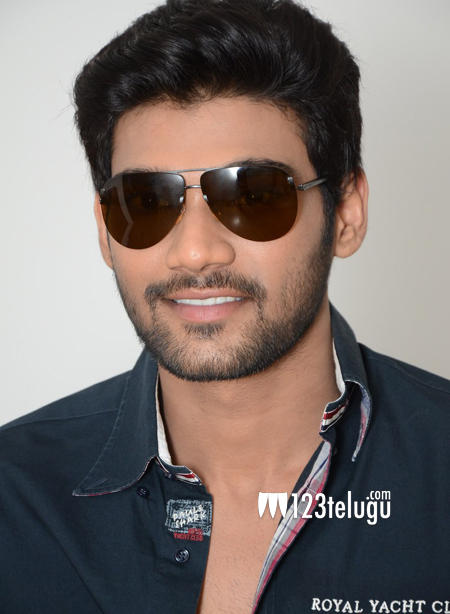 Bellamkonda Srinivas, is one of the most talked about names in the recent past. Son of hit producer Bellamkonda Suresh, this young hero had made his movie debut with the recently released ‘Alludu Sreenu’. On this occasion of film’s success, Srinivas shared his happiness with the media. Let us see what he has to say….

Q) Your debut film is running successfully. How are you feeling?

I am very much happy that my debut film is getting good response. I am very much thankful to VV Vinayak, Chota K Naidu and the general public for supporting and liking me and my film.

Q) How was it working with VV Vinayak?

VV Vinayak gave me a tailor made launching pad. He designed my character in such a way that has everything for a newcomer to showcase.

Q) Have you taken any special training for this film?

Five years back, Vinayk said that he will make a film with me. From then onwards, I took training in different aspects right from acting, gymnastics, martial arts and dances. I also took acting training in Los Angels, Vietnam and Mumbai.

Q) How was it working with noted actors like Praksh Raj and Brahamanandam?

I really feel blessed to act with Praksh Raj and Brahamanandam in my very first movie. Vinayak used to explain each scene very clearly and my acting courses helped me a lot when acting with great actors like Prakash Raj.

Q) How is it working with Samantha?

Samantha never behaved like a superstar. She became a good friend and supported me a lot. She has done a tremendous job in the film, and I am very thankful to both Samantha and Tammanah who encouraged me during the shoot.

Q) After seeing the film, did you feel ever that you should improve in any aspect?

Like any other actor, I too felt that I should have done better. Personally I am happy with my performance in this movie. But I feel that I should learn to bring decent expressions while acting.

Q) Will you do films for other producers?

If the script is good, I am ready to work under any banner.

Q) Have you accepted any other film? Are you ready to do films in other languages?

I am interested to act only in Telugu. As of now, I am just enjoying the success of ‘Alludu Sreenu’. I don’t want take decisions hastily. If someone approaches me with a good story then will start the second film. Dad’s decision is final in selecting scripts.