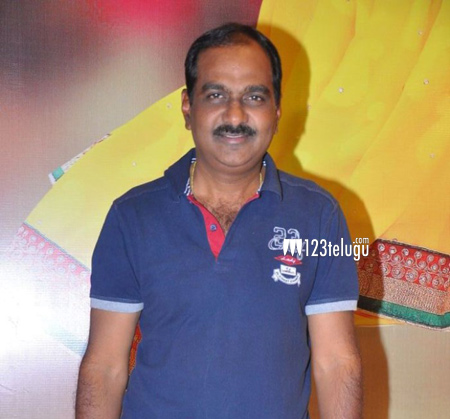 Sunil’s ‘Bheemavaram Bullodu’ is getting ready for a release this February and Uday Shankar has directed the film. After scoring some big hits at the Box Office, Uday Shankar took a long break. He is now making a comeback with this film. Uday Shankar interacted with media members today, for a brief chitchat.

A) Rambabu is a simple guy from Bheemavaram who comes to know that he has only 10 days to live. He decides to come to Hyderabad, to finish off the rowdy culture before he dies. After clashing with some goons, Rambabu realises that he is not dying. What happens next? That is the story of ‘Bheemavaram Bullodu’.

Q) What can viewers expect from this commercial entertainer?

A) Sunil’s dances and entertainment quotient will be the highlights of the film. Viewers come to theatres expecting good comedy and entertainment these days and this film will have plenty of that. Sunil’s fans will be delighted with his characterisation in the film.

Q) Venkatesh was the original choice for the film. What happened?

A) The story was originally narrated to Venkatesh and he liked it. However, there are a lot of chase sequences and other physically demanding stunts in the film. Venkatesh politely declined and opted out of the film. At this point of time, Sunil’s ‘Poola Rangadu’ came out and we liked it. When we narrated the script to Sunil, he okayed it instantly. He has done a superb job in the film.

Q) You seem to like working with Suresh Babu a lot. What can you tell us about him?

A) I started my career with Suresh Productions and I have a very good relation with Suresh Babu garu. He understands all aspects of filmmaking and actively takes part in the production process. He has excellent clarity on the subject and the final output.

Good luck to Uday Shankar and the team of ‘Bheemavaram Bullodu’.