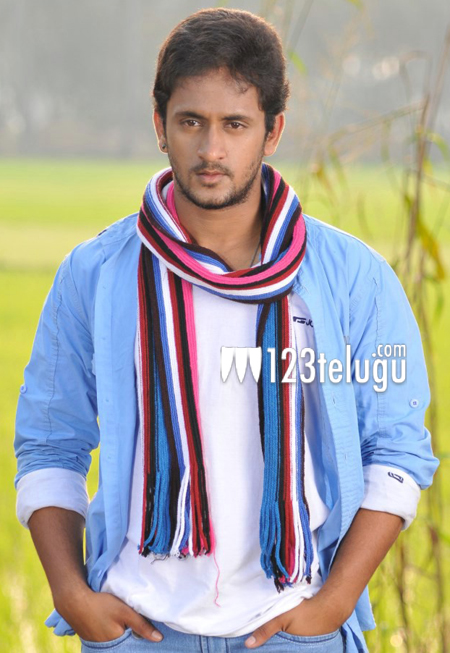 Hero Manoj entered the industry as a child artist and did many characters in Mahesh Babu and Prabhas movies. He received a good response for his character in ‘Oka Romantic Crime Katha’. He is back once again with same director P. Sunil Kumar Reddy in his upcoming film ‘Oka Criminal Premakatha’ which releases this Friday. We caught up with Manoj for a brief chitchat. Let’s see what he has to say.

Q) How was it working with Sunil Kumar Reddy for the second time in this film ?

A) I am feeling happy to work with Sunil Kumar once again after ‘Oka Romantic Crime Katha’ and am felling lucky to be a part of his movies which showcases social problems.

Q) What is the difference in your characterization when compared to ‘Oka Romantic Crime Katha’?

A) In my last release, I played a reserved character which has very less dialogues. But it is totally different this time; I play the character of an innocent assistant cameraman. He happens to become a criminal after falling in love with a girl. I am sure that this film will give me good recognition as an actor.

Q) How is it working with your co stars?

A) Anil and Divya who feature in this film were also a part of my previous movie. Heroine Priyanka who debuted with this film is a theater artist, and felt little uncomfortable for the first time in front of camera, but got settled after few days. Another actress Manpreet Singh Kaur, who doesn’t know Telugu used to fumble during dialogue delivery. It was fun when she was in sets.

Q) What is the message that you are trying to give to the youth with this film?

A) We are not giving any direct message to the youth with this film. What if a teenager’s role model does something wrong, this is the main concept of the film. For example, a father smokes in front of his child and this provokes his son to smoke. We have mainly focused on this type of content in ‘Oka Criminal Premakatha’.

A) Very soon, I will start shooting for a film with a new director which is produced by Maruthi. Currently, there are three movies for release. Two films are on editing table and two more are on sets.