Exclusive Chitchat : Sachita Shetty – Would love to work with Mahesh and Bunny
Published on Nov 20, 2013 3:35 am IST 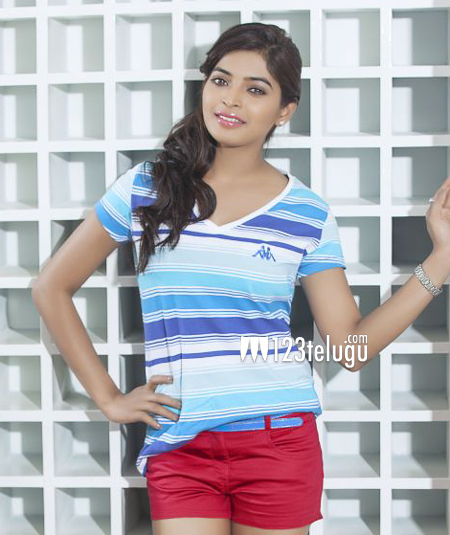 Sanchitha Shetty made her Telugu debut with the film ‘Villa: (Pizza 2)’. The upcoming actress is very happy with the reception she has ben getting and she is hopeful of making it big as an actress. We caught up with her for an exclusive interview. Read on to see what she had to say.

Q. ‘Villa’ has been received well. How are you feeling ?

A. We did not expect such a positive response for our film. The film has been received very well in Telugu also and that came as a pleasant surprise. The entire team is quite elated with this response.

Q. How did you get this role?

Q. What can you tell us about director Deepan and hero Ashok?

A. This is Deepan’s first film as a director. He is a very intelligent person and he has dealt with the subject well. These days, most directors are making comedy and action entertainers. Deepan must be appreciated for coming up with a thriller.

As for Ashok, I worked with him in ‘Soodhu Kavvum’. But this is his first film as a hero. He is a very quiet person and he is a good actor. I feel comfortable when I work with him.

Q. What do you look for in a script?

A. I do not blindly accept each and every film that comes my way. I say yes only if I like the story. If you notice, there is a considerable gap between my films. This happens only because I am very selective about the kind of films I choose.

Q. Do you have any fav actors and directors in Telugu?

Q. Are you open to glamorous roles? What are your future projects?

A. I am open to glamorous roles. These days, glamour is nothing but appearing in modern outfits like T shirts and shorts. As for my future projects, I have three films in hand but I cannot reveal their details now.

Q. Is there anything you would like to say to Telugu movie lovers?

A. I would like to express my gratitude to Telugu film lovers. They treat their favourite actor and actress with so much love. Despite the pressures of daily life, they devote some time to their favourite film stars. That is why I respect them. I am trying to do good films and I hope you all will continue to encourage me in future as well.