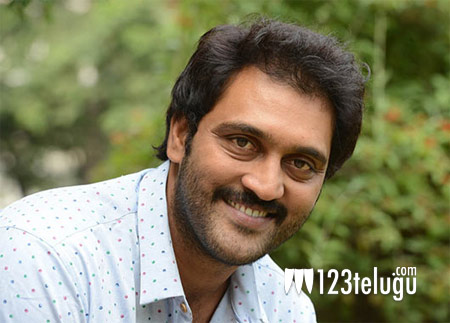 Ajay is one actor who has been in the industry for quite some time now. He has done every kind of role to date but in Balakrishnudu he is playing a mature faction leader. On the eve of the film’s release, we caught up with him for an exclusive interview. Here is the transcript.

About your role in Balakrishnudu?

For the first time, I am playing a full-fledged faction leader called Pratap Reddy in the film. My role becomes even more interesting as I am pitted against the talented Ramya Krishna. It was a huge honor for me to act opposite her and Ramya garu’s company gave me even better scope to perform in the film.

The film is a typical masala entertainer which has some hilarious comedy from Prudhvi and Srinivasa Reddy. Nara Rohit plays a key role in this film and his involvement in the faction set up has been showcased in an entertaining manner.

My association with Rohit started from the time of Rowdy Fellow. We have become thick friends now and our off-screen chemistry has allowed us to perform in an even better manner on screen. Rohit will be seen in a very entertaining role and his chemistry with Prudhvi will be quite hilarious in this film.

Why are you not doing lead roles currently?

I feel that lead roles happened too early in my career. Post two of my films, I was confused a bit as to how to choose roles and this was the time I was also out of work for a period. But then, I made up my mind and am doing all sorts of roles that come my way.

Even after being for so long in the industry, you have not got your due. What do you say?

Yes! you are absolutely correct. I feel that I am the most underused actor in Tollywood as my talent is yet to be tapped in a proper manner. But all this is a blessing in disguise as roles are being written for me now. I feel that Balakrishnudu will take me to another level in my career.

About your Tamil career?

Things are going great and there too, I feel that my time will start soon as I have signed a film with Vijay Setupathi as the main villain.

How do you see your career to date?

It has been sixteen years since I have joined the industry. I have done whatever came my way. There are also times when I used to go to the set and find out what my role was. Such was the belief I had in my directors. As said earlier, I am one actor who can go the full throttle if utilized properly.

Apart from Balakrishnudu, I am doing Hello, Bharath Ane Nenu and a small role in Trivikram’s film.