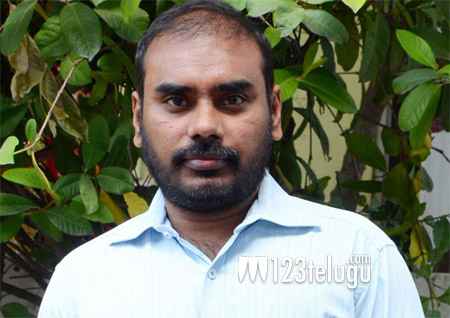 Govardhan Gajjala is one filmmaker who has left his job in the US for the love of films. His debut film, Prema Yenta Madhuram Priyuralu Anta Kathinam is up for a release this Friday. On this occasion, we caught up with him for an exclusive interview.

What made you join films?

I always loved films and wanted to direct a movie since 2012. For this purpose, I even did a filmmaking course at the University of California. After that, I did many short films and gained a lot of confidence that I can handle a complete feature film and here I am with my first film.

I have been working on this project for the past two years. It took me one year to write the script and another year went in getting the project fixed. I shot the complete film in just thirty-eight days with an expenditure of 96 lakhs. We have screened this film close to 300 members and received a superb response from everyone.

Do you have any contacts in the industry?

Yes ! My brother, Karthik Reddy is a director and made the recent release Adda. He is currently directing Vishnu’s Voter. As I was a bit settled in my life, I took the risk of leaving my job and entered the film line.

What is new about this film?

The concept itself is quite unique and is a triangular love story which happens only between two people. How it happens is the whole film all about. Producer Bekkam Venu Gopal is helping us out with all the promotions now.

There are a lot of films releasing. How are you managing the theaters?

Finding theaters is a bit tough these days and we are also having the same problem. I am confident on the film and feel that once the talk is good, the theaters will automatically increase.

What kind of experience did short films give?

As I worked in every department of the short film, I got experience in every aspect and this gave me good experience to direct a film. As all my star cast was new, it was even easier for me to direct the film.