Exclusive Interview : Kalpika Ganesh- I want to be the Radhika Apte of Tollywood
Published on May 20, 2020 2:54 pm IST 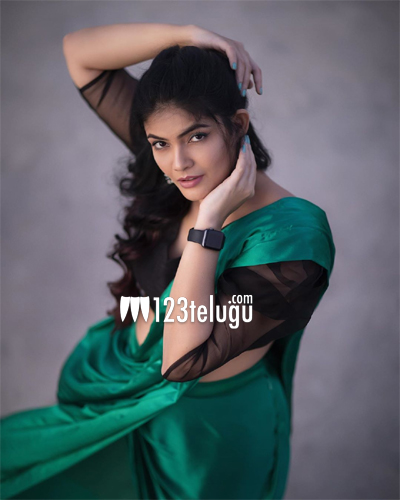 Continuing the lockdown interview series, today, we bring you an exclusive interview with the talented actress Kalpika Ganesh. In a detailed conversation, we spoke to her about Loser, future projects, struggles an actor, dream roles and much more. Here is the transcript.

How is the response to your role from Loser?

The response has been great and I need to thank the Annapurna banner for creating such a good buzz. For the first time in my career, I am getting calls from various directors and media people who are praising my work and how nicely my role was written. It is such a nice experience hearing good things about my role.

You play a de-glam Muslim girl’s role in Loser. Tell us about it?

A de-glam role was one that I always wanted to do as it will showcase your real talent. It was difficult to stay in the mood and most of it came through my look. I clearly remember the day when Priyadarshi came to the set and failed to recognize me. That is the time I felt I got the whole essence of the role right.

The toughest part of playing Rubi Shabana in Loser?

There was a lengthy monologue in the web series that is also shown in the trailer. That was a bit tough to perform and apart from that, I feel that taking up such a big role with a lot of problems was in itself quite difficult. Once, I said okay, my director Abhilash also helped me to give a good performance. I also had to put on weight for this role which helped me look the part.

You have been around for a long time but success has come late to you?

I started with Prayaanam which came to me through a dance audition. Then, after doing many films and managing my, job during the time of Orange, I decided to make acting a full-time job. I also feel that when the time is right, things will work for you. As I was busy with my film Sita on the Road, I missed out on films like A Aa and Care of Kancharapalem. They would have changed things for me but I have no regrets.

What kind of challenges did you face as a budding actress?

As I told you earlier, after doing many films, I decided to take things to the next level and do films as a heroine but somehow things were getting delayed. I also tried and even got offers. As I was a Telugu girl, there was also no language problems, and many directors even chose me. But the problems came up with producers who felt that I am not a new face and put me out of their films.

How are you managing your career now?

I did not lose heart when things do not work and I pick the best what comes my way. Things have finally started working well for me for the last year or so. I feel that I was getting my skills brushed up and have started my real career now. I have six films that are yet to be released. I want to do that one big role that will put me up there. Also, I am getting launched as a female lead in an upcoming Tamil film. So things are looking really good as of now.
Your background?

I am born and brought up in Hyderabad. My mother is from Mysore and dad has Maharashtrian roots but they too were born in Hyderabad. I finished my graduation and got an offer in Prayanam and took to films. My elder brother is studying in Australia as of now. My mother wanted me to try modeling but never told me this until I joined films.

There is no planned funda behind it. Previously, I was a bit healthy and was not confident with posting my pictures out. Now that I have shed those extra kilos, I am experimenting with my looks on Insta.

I want to explore as much as possible and do diverse roles. I am game for negative roles as well to prove my talent. I am very much inspired by Radhika Apte as she has her presence felt on every platform. Be it a film, web series, documentary, or any TV show, she proves it with he sheer acting skills. I want to be the Radhika Apte of Tollywood and give the best performances possible.

With that, we ended the interview with Kalpika Ganesh and wished her the best of luck for her future projects.