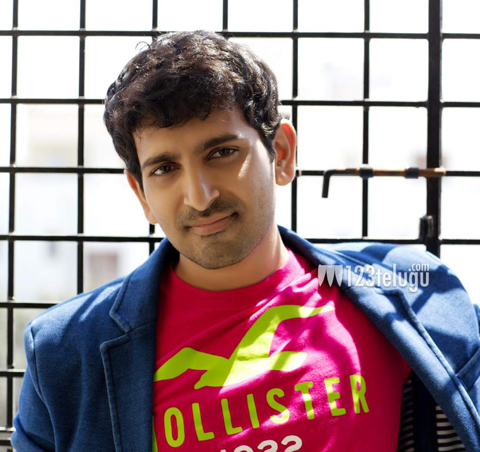 Young hero Krishna Madhav, is making his movie debut with the youthful entertainer in Hrudayam Ekkaunnadi. Whats special with this young lad, is that he hails from a typical political family, and is a relative of Superstar Mahesh Babu. We caught up with Madhav for an exclusive interview, and let’s see what he has to say.

Q). Since the film is ready for release. Are you feeling nervous ?

A). Absolutely not. I am living my dream of becoming a hero, and I have a burning desire to make it on my own.

Q). Why films, when you have a masters degree from the US?

A). Getting into films was a childhood dream. I was very clear that once I grew old, I would join films but no one took me seriously.

Q). What kind of formal training did you undergo to become an actor?

A). I took all the basic training what everyone goes through. I also worked as an assistant director on Mahesh’s Dookudu.

Q). What was your reaction when you saw yourself on screen ?

A). To be frank, I feel very shy to see myself on screen. Some how I move away and try not to watch myself.

Q). Tell us something about your character in the film ?

A). I play the role of today’s youth in the film. He always lusts for more and is a confused kind of a guy.

Q). What was your family’s response when you told them you want to become an actor?

A). Oh ! they were absolutely supportive of my decision. In fact, my dad always wanted to become an actor. So everyone is even more excited for me and my film.

Q). What is Mahesh Babu’s take on your film carer. What did he say about your performance?

A). I am always indebted to Mahesh for being there for me always. He was a true inspiration for me to become an actor. He told me to work hard and leave the rest to destiny.

Q). What kind of roles you want to do in the future?

A). I have not planned anything till now. I don’t even have a plan B in place, and am ready to do all kinds of roles.

Q). You come from an illustrious political family. Do you have any political aspirations?

A). No way ! I love films too much, and cannot think about politics right now.

Q). Finally, what can we expect from Hrudayam Ekkadunnadi ?

A). It is a simple meaningful film, which will be liked by everyone. I have worked very hard on this film, and I hope that everyone likes and blesses me.

With that we rounded up the exclusive interview with Krishna Madhav, and wished him the best of luck for his future.