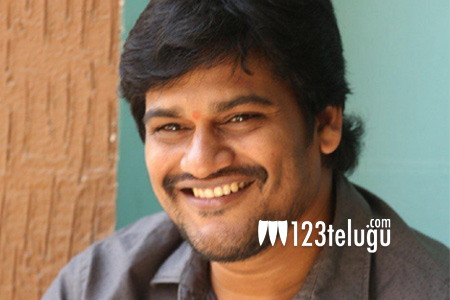 After directing Gundello Godari and Joru, Kumar Nagendra is back with a remake tilted Tuntari. On the occasion of the film’s release, we caught up with him for an exclusive interview. Let’s see what he has to say.

Q)Why did you opt for a remake ?

The plot of the original was quite interesting and had an fantasy effect. After watching the film, I felt that it would be a perfect fit and suit the Telugu nativity quite well.

Q)How did Nara Rohit come into the picture ?

Actually, Rohit also saw the film and liked it very much. He was keen on remaking it in Telugu and once I met him with the script, things fell into place automatically.

Q)Did you make any changes for the remake ?

Yes ! we made a lot of changes. We added a bit of comedy, romance and emotions to suit Rohit’s image.

Q)How differently did you present Nara Rohit in this film ?

As the title suggests, Rohit will be seen in quite an entertaining role. Till date, he is only known to mouth serious dialogues. For a change, he will be seen in a simple yet lovable role.

Q)How has the film shaped up ?

The film has shaped up quite well and the audio has also impressed everyone. We are very confident that our product will surely go well with everyone.

Yes ! During the starting of the project, I met him and told that we are remaking this film with Nara Rohit in Telugu. He was quite happy and asked us to add few more love scenes to enhance the feel.

Q)What was Nara Rohit’s involvement in the script ?

As he had already seen the original, he was quite clear as to how he would portray his role. He also wanted a few scenes to be changed to suit the nativity here.

For Joru, I rushed up things and executed the film in a hurry. But for Tuntari, I was aware of what I was doing and took things in control and made this film in a proper manner.

Q)What are the major highlights of this film ?

The story, Nara Rohit’s characterization and the last half an hour will surely impress everyone big time.

Q)Finally, how was it working with Nara Rohit ?

Oh! I had a great time working with him. Rohit is a producer’s hero and only does what is best for the film. He will be seen in quite a different light in this film and will enthrall everyone with his antics.

With that, we ended our interview with Kumar Nagendra and wished him the best of luck for his future.