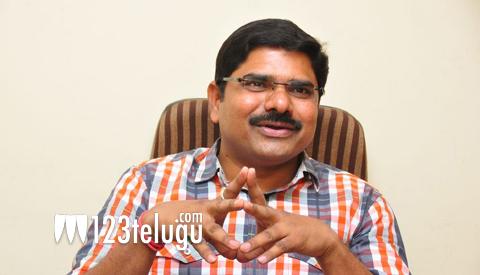 Director Madhura Sreedhar made a good impression with his debut film ‘Snehageetham’. He is now gearing up for the release of his upcoming project, ‘Backbench Student’. The movie has Mahat Raghavendra, Pia Bajpayee and Archana Kavi in lead roles and it will hit the screens on March 15th. We caught up with Madhura Sreedhar for an exclusive interview and he spoke candidly about his upcoming film, his limitations,politics and his desire to see the rise of a socially responsible India. Read on to see what he had to say.

Q. ‘Backbench Student’ is gearing up for release in a few days. How are you feeling about it?

A. Well, I was extremely confident all these days. But now, just days before release, I started developing butterflies in my stomach due to the logistical issues of releasing a film across the world. There are so many things to take care of. This film is also very important to me from a professional perspective. It will chart my future course of action. But I believe we have a good product on hand and I am getting a very good feedback from distributors who have seen the film.

Q. Your films tend to be ‘class’ movies that target multiplex crowds. Have you tried to broaden your target market with ‘Backbench Student’ ?

A. (Smiles) To a certain extent, yes.I have tried to incorporate a few commercial elements this time, especially in the comedy department. The presence of Brahmanandam and Ali will be an asset for me in this area. I have not tried to make an out and out masala film. Within my sensibilities and movie making style, I have made slight changes to make things more appealing to mainstream movie lovers. Every movie is a learning experience for me.

Q. Are you targeting a big release this time?

A. Yes.This film will be screened in about 200 theaters worldwide. Compared to my earlier films, this is a pretty big release.

Q. What do you think is the movie’s biggest asset?

A. The story line and music will be the movie’s biggest assets. Life cannot be judged by exams alone. You are not going to be a failure in life just because you fail in exams. That is what I tried to show in this movie. As you might have already heard, this movie is based on the real life story of Karthik. He came to me for career guidance many years ago in a depressed state. He failed in 16 subjects. But he had a knack for Auto CAD. I encouraged him to take that up and today, he is earning a lakh a month.

Q. The film is releasing during the exam season. Are you worried in any way?

A. Not at all. In fact, I am glad that the film is releasing during the exams. The film will be a welcome 2 hr relief for students during this stressful period. Inter 1st year exams will be over by 18th and 2nd year exams will be done by 19th. By the time students are free, my film will be playing in theaters. Students should go and write exams in a stress free and confident manner. My father used to say “If a student cover 50% of the syllabus and goes in confidently, he/she will have better chances of success than someone who covers 80% of the syllabus and goes in without confidence”.

Q. You are planning a remake of Vicky Donor..Can you share more details?

Q. How would you rate the performance of Mahat, Archana Kavi and Pia Bajpayee?

A. Mahat is a very energetic fellow. He is a Telugu guy but he grew up in Chennai. The role requires a certain amount of carelessness and recklessness. He has performed well. Archana Kavi and Pia Bajpayee have performed exactly as I wanted them to. They have all done well.

Q. Where will Brahmanandam and Ali fit in?

A. They are catalysts for the story to move forward and will come in during the second half. Brahmanandam and Ali are geniuses. They have so much experience and it is very easy to work with them. I worked with newcomers for my earlier films and I know how tough it is to get them to act well. I was amazed by the ease with which Brahmanandam and Ali performed.

Q. Is Chetan Bhagat coming for the premiere tomorrow?

A. He is not coming for the premiere tomorrow as his schedule is quite busy. But I am bringing him to Hyderabad soon for a different initiative. I have learnt that about 30 lakh eligible voters have still not registered themselves for a voter id. 2014 elections are crucial for India. Research shows that in about 200 constituencies, the difference between the winner and loser is about 3000 – 4000 votes. If these youngsters register and vote, it will make a huge difference. Chetan will be delivering a lecture to inspire young people to do so. I am also trying to rope in other people for this initiative.

Q. You seem to have a good political consciousness. Why not make a film on this theme?

A. I will surely make a film on this theme before the 2014 elections. It will be an entertaining film with new faces but it will have a political theme. If young people are socially responsible and get into politics, the future of India will be bright. India has fallen behind in the development race and the country has not progressed over the past few years. I will try to inspire youth in whatever small way I can.

Q. Social responsibility seems to be a rare quality these days….

A. Absolutely.We need to be aware of what is going on around us. Small steps can make a difference. For example, there is a legend about the destruction of the ancient Nalanda University. Apparently, when the barbarians approached the University, they were very few in number. If all 50,000 students of the University had mounted even a very basic defence, it would not have been destroyed. “Evariki vaare manakenduku le anukunnarata…so manakenduku le anukovatam aa roju nunde alavaatu aypoyindhi”

Q. Apart from making films, how do you spend your time?

A. I guide youngsters in the areas of career choice, resume preparation etc. I have been doing this for many years now. Every Saturday or Sunday, I hold sessions in the park opposite my house. Many film journalists send their kids to me when they need any guidance.

Q. Any words for our readers?

WIth that, we winded up our conversation with Madhura Sreedhar. His candid nature and keen sense of social responsibility made a good impression on us. We hope you enjoyed reading this interview folks.