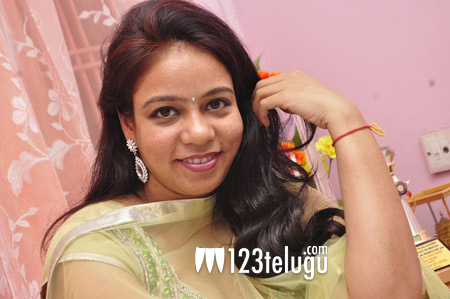 MM Srilekha, made her debut as a music director with Dr. D.Ramanaidu’s ‘Tajmahal’ in the year 1996. Later on, she went on to compose music for many hit films in all south Indian languages. This multi-talented lady celebrates her birthday on September 8th, and we caught up with her for an exclusive interview. Let us see what she has to say.

Q) How you are going to celebrate your birthday?

Laughs ! as everyone are busy celebrating Ganesh immersion, I will celebrate my birthday by spending time with my family and friends.

Q) You have completed 18 years in the industry. How has the journey been ?

There are not many sad moments in these 18 years. I have earned a good name, and everyone encouraged me even though I was a female music director.

Q) Which one gives you more satisfaction, singing or music direction?

I enjoy both. When singing for other music directors, I can experiment and sing according to their needs. But while making music it is completely my creation.

Q) Most of the music directors are doing special albums, why are you not trying it?

Even, I like to do albums, but it deals with lot of expenditure. If I get a good sponsor, definitely I will do an private album.

Q) How has your family including MM Keeravani supported you ?

Keeravani supports me a lot along with my entire family. Whenever I do a good song or an album, they are the first ones to appreciate me.

Q) Who is your music mentor and your inspiration?

My music mentor is my uncle Shiva Shakthi Dattha (Keeravani’s father). After that, its Ilayaraja as you can see his style in my songs.

Q) When are you going to compose music for commercial big banner films ?

I have done them in the past, and will surely do it when producers come with interesting stories ?

Currently, VN Aditya’s ‘Park’ is ready for release. I am also composing music for two Tamil films and 3 other films are in discussion stages.

With this we wrapped our interview and wished her a Very Happy Birthday.