Exclusive Interview : Pavani Gangireddy- Loser has brought me a lot of praise
Published on May 21, 2020 6:06 pm IST 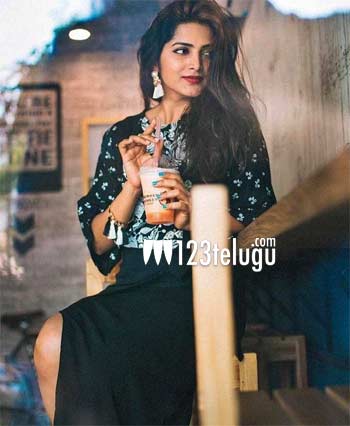 Continuing the lockdown interview series, today, we bring you an exclusive interview with the talented actress and a tech lead from an MNC, Pavani Gangi Reddy. In a detailed conversation, we spoke to her about Loser, future projects, doing fewer films, and much more. Here is the transcript.

How has the response to Loser been?

Loser has been getting a solid response and I am so happy about it. Our hard work has been finally approved by the audience and it is good to see them talking about our show in such a detailed manner.

I had already worked with Abhilash previously and that is how he approached me for the role of Pallavi. Initially, ​Though ​I ​liked the role, I ​did not say yes to​ it right away as it has some kissing scenes​ in it​. But Abhilash came to me again after editing ​that part and that is how I was on board.

​Personally, what kind of response are you getting?

What was the toughest part of the role?

All my scenes were with Priyadarshi and I need to thank him for the immense support that he showed towards me by making me comfortable on the set. The first scene which I shot was a romantic scene and being married, I was a bit uncomfortable. But with the director’s help, we pulled things off.

Did you always want to be in films?

Not many know that I am a tech lead in an MNC. I acted in a short film and after seeing that, one of my common friends offered me a film. The moment he told it was with Nithya Menen and Sharwa film, I thought a bit and okayed the film because of the team and director associated with it.

So, films are your full-time passion now?

No, I am working in films as a hobby. Post Malli Malli Idi Rani Roju, I got so many offers but I rejected them as I was not keen on doing any role that came my way. I selected only those who had something good for me to do. Frankly speaking, I love my job and am doing films as a hobby.

I am from Prakasam district and came to Hyderabad when I was 14. My husband is into construction and I have two kids. I am very proud that my husband and family supported me when I decided to enter films. Without them, I am no where successful.

You are a good actress and should do more films?

Thanks for that. I get a lot of compliments on my look and the way I dress. Things are changing and good roles are being written for women. Web series have come in and are giving good scope for actors to perform. My funda is clear and that I want to do quality work and be the best in it.

I have been listening to scripts and once the lockdown is over there will be more clarity about the films or series I do. With Loser, I am so happy that my work is being finally recognized.

With that, we ended our interview with Pavani Gangi Reddy and wished her the best for her future.