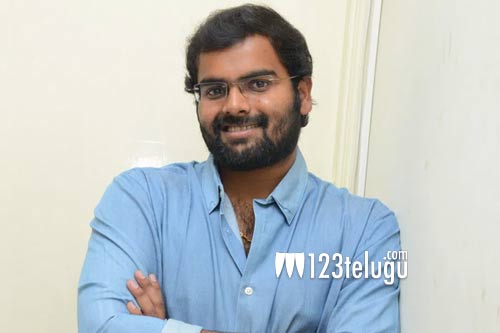 Director Pawan Sadhineni made an impressive start to his career with Prema Ishq Kadal but later got bogged down a bit. After a gap, he is making his comeback with a solid web series on AHA and is introducing Bellamkonda Ganesh to Tollywood. So, on this occasion, we caught up with him for an exclusive and detailed interview. Here is the transcript.

Firstly, rumor says that your film with Bellamkonda Ganesh has been stalled. Is it true?

Even I have heard that a lot in the last few days. I want to clear it once for all that the film has not been stalled. We have already filmed 40% of the movie and as a major schedule was supposed to happen in the US, the lockdown happened and changed all of it. In Jan or Feb 2021, we will resume shooting and so far, the film has come out quite well.

So, what projects are you working on as of now?

I have just wrapped up a web series for AHA and TVF starring Punarnavi of Bigg Boss fame and Prudhvi. The series has five episodes and is the official remake of the hit show Permanent Roommates. The show is a youthful love story of a girl and has turned out quite well and will come out on November 14th and I am eagerly waiting for it.

How badly did the failure of Savitri affect you?

I wanted to do Savitri with another actor initially. But that did not happen and later, I did the film with Nara Rohit. Unfortunately, the film did not run and I was slammed by the industry. The negativity that came in and the manner in which I was looked down by many producers was disheartening. A few producers who wanted to work with me started avoiding me. Because of this, there was a gap but, I wan not idle and was involved in several projects taking care of the post-production.

You were supposed to do a film with Kalyan Ram and Hari Krishna. What happened to that?

Yes, I worked on the project for close to two years. Kalyan Ram was supposed to produce the film and NTR garu also loved the script as it was his dad’s comeback and a fantasy drama. But the sudden demise of Hari Krishna sir changed things upside down. But I cannot forget the support that Kalyan Ram and his banner gave me. Kalyan Anna was so supportive that he was ready to produce a film with me with a different hero. But I got this chance of Bellamkonda movie and moved on.

Why do directors fail mostly with their second films? What is the reason?

I was welcomed with open arms in the industry with my first film Prema Ishq Kadal. But the same did not happen with Savitri. A director who proves it with his first film is not a bad director. It is the story that he selects and there many commercial and personal aspects in which the scenario changes things. I want to request the industry people not to look down upon someone whose films did not work in the past.

You studied in the US. What made you get into movies?

I went to do my master’s in computer science and was also placed in a job. But the moment I saw Sakhi, I fell in love with it and Mani Ratnam. I studied him and his films so closely and made my decision to get into films. That was the day I decided to join films and came back to India.

How did you get your first offer?

After coming back from the US, I made a few short films which got noticed by producer Bekkam Venu Gopal. So, he called me and offered me a film. I narrated Prema Ishq Kadal to Suresh Babu who liked it and also jointly produced the film. With my film, so many actors like Ritu Varma, Sree Vishnu, and others got a solid launchpad.

Tell us about your association with Nara Rohit and Sree Vishnu?

Nara Rohit is one of the best persons I have met. As I have worked with Sree Vishnu, we go a long back together. We have collaborated on several films together and I am in touch with all their projects. Very soon, Nara Rohit will be back with a solid subject and Sree Vishnu is doing so good for himself.

You were the first person to do a Telugu web series. Now with the OTT boom how are you coping it?

Yes, the first Telugu web series was Pilla which I made. Now, as times have changed, I want to tell different stories. So, as a part of this, I got in touch with legendary producer Gunnam Gangaraju garu. I got a chance to get associated with him and learned a lot from him. Right from how to write a story, to dialogues and screenplay, he has taught me a lot. You can say I have changed myself completely and whatever will come from me in the days to come, will be super special because of his influence.

With that, we ended our exclusive interview with Pawan and wished him the best of luck for his future projects.