Exclusive Interview : Pranitha- I am waiting for a chance to work with Pawan Kalyan again
Published on May 5, 2020 6:16 pm IST 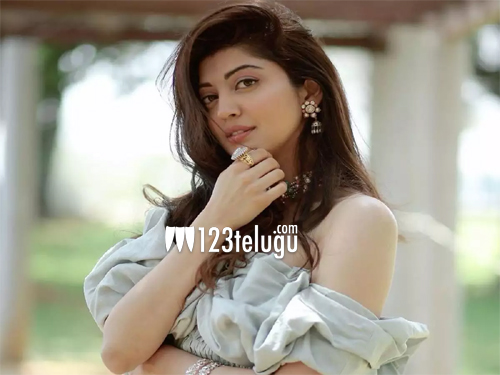 Continuing the lockdown interview series, today, we bring you an exclusive interview with the beautiful Pranitha Subhash. In a heartful conversation, we spoke to her about future plans, working with Pawan Kalyan, social service, alternate career, Hindi debut, and much more. Here is the transcript.

You do a lot of social work that goes unnoticed?

I don’t want to publicize my work and would like to keep it secretive. I have got into this social service because of my parents who are doctors. In Bangalore, we have adopted two schools long back and have been taking care of them. Also, during this lockdown period, I along with a few others have started an initiative and raised eight lakhs. We have been providing food to the daily wagers who have been left stranded.

You are making your Bollywood debut. Tell us about that?

Yes, I have two films lined up named Bhuj with Ajay Devgan and Hungama 2 in the direction of Priyadarshan. Both the films have started their shoot and are different from each other and I have pinned a lot of hopes on my Bollywood career.

Why are you not doing more films in Telugu nowadays?

Frankly, I have not been getting good roles in the last year or so. There are a lot of offers but they are not exciting enough. I love Telugu cinema and shooting in Hyderabad and hope that I will get a big offer very soon.

You got a massive hit with Attarintiki Daredi. But you did not utilize your stardom?

I don’t agree with that as I am a person who takes things as they come. Post that film, I got a lot of offers in Kannada and Tamil cinema. So, I took them up and have been quite busy. I have not been out of work but was also not being offered great stuff in Telugu.

I miss the moments spent with Pawan garu. We used to have long chats about life and how one should deal with it. He has a very unique sense of humor which I love and more than anything, his swag is to die for. I am waiting for another chance to do a film with him.

As your parents were doctors, was it tough convincing them to get into movies?

Yes, it took me one year to get their permission. They were and are very strict in that way and were not happy with my choice initially. But after seeing my work and success, they are happy now.

You worked with NTR also. What do you like the most about him?

Any plans of settling down. What attracts you in a guy?

I have just started my Hindi career and want to make it big in Bollywood. Coming to settling down, there is a lot of time but I love ambitious and honest guys. Laziness in a guy puts me off right away.

Any inspiration as an actress?

I am just loving Alia Bhatt and the way she is planning her career. I am also a huge fan of Deepika and would like to lead my life with such class and dignity.

I used to own a plush pub in the heart of Bangalore city but now I have come out of the partnership and am looking to start something new which I will reveal soon.

With that, we ended our conversation with Pranitha and wished her the best of luck for her career.