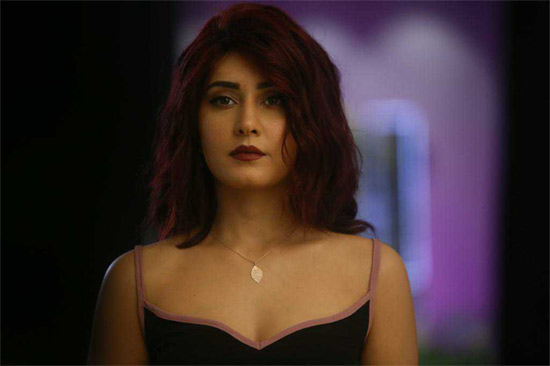 Raashi Khanna is making her OTT debut with the prestigious Hindi show Rudra which also features Ajay Devgan. The show is up for a release on the 4th of this month on Hotstar. On this occasion, we met Raashi for an exclusive interview. Here is the transcript.

How did you bag this show?

I have been doing south films where I was seen in glamorous roles. Initially, another actress was auditioned for this role. But as they were not satisfied, the makers asked me whether I would audition for the role in Rudra. I did it and got the character eventually.

Tell us more about your role?

I play Aliyah Choksi, a doctor who is a sociopath. She is full of ego, does not like to mingle with people, and always loves causing trouble to others. This is the first time, I am doing something so different from my other films. It is a dark character filled with gritty and intense emotions.

Firstly, I worked on my look and sport red hair in the show. We had to get the look right and once we got it, the emotions flew automatically. Also, I read more about psychopaths and how they behave in real life. The first day of the shoot was quite difficult as I had intense scenes with Ajay Devgan. Once the initial few shots were canned, I was in full flow.

How was it working with Ajay Devgan?

Ajay sir is also making his OTT debut with this show. He was quite chilled out and supported me from day one. As he too had an intense role, he helped me throughout. I have most of the scenes with Ajay sir and is shown as the one who is after him though he is married.

Are you playing the main villain in the show?

Everyone who has seen the trailer is asking me the same question. There are multiple villains and whether I am one of them or not, you need to watch the show to find out.

Do you think Rudra will open more avenues for you in Bollywood?

Not only in Bollywood but in Telugu too, people will start taking me seriously. Until now, they have only seen me in bubbly roles. With Rudra, I will shock one and all and hope that more challenging roles come my way.

What was the hardest part of the shoot?

Getting into the mind of Aliyah was difficult. Once I understood the psyche of the character, things were easy. I remember doing an intense scene with Ajay sir and the whole unit clapped for my performance.

You are doing two OTT shows. Did you plan this?

I have never done things differently when it comes to OTT and films. My director, Rakesh Mapuskar, Hot star, and the other supporting cast are legends in their own way. I just got two solid offers for OTT shows and as my roles were very good, I lapped them up.

I have some projects lined up in Hindi and in Telugu, I am done shooting for Chay’s Thank You and Maruthi’s Pakka Commercial. As of now, I am waiting to see the audience’s reaction to my show Rudra.

With that, we ended our exclusive interview with Raashi Khanna and wished her the best of luck for Rudra.