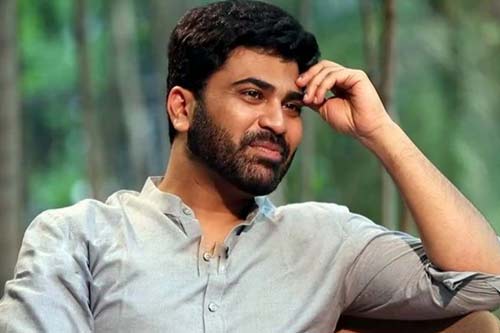 Hero Sharwanand is back with a bang with the success of his latest film Oke Oka Jeevitham. On this occasion, we caught up with him for an exclusive interview. Here is the transcript.

What kind of response is your film receiving?

With each passing day, the response has only improved. More family audiences are thronging the theaters to watch the film which is a good sign. The Tamil version is also doing great and we as a team are super thrilled.

Are you relieved that you have scored a hit finally?

Yes, I am. I have always done films that had strong scripts. But the audience did not like it and I don’t blame them. Times have changed and if you make a good film, the audience will lap it up for sure and it is proven with Oke Oka Jeevitham. The press, fans, and audience have always backed me and as they loved my film, I am super thrilled.

What’s the reason for low-key promotions?

We were busy with the post-production and then did not want to hype the film much. As the subject matter is emotional, we were confident that the word of mouth will do its job and the same happened. I thank the media for pushing the film so high with their good reviews.

During all your recent flops. what kept you going as an actor?

I am extremely honest with myself. I do not blame anyone for not liking my film. If you see my career, I have done some memorable films with good subjects. Somehow my calculations with a few films did not pan out the way I wanted to. Oke Oka Jeevitham is not a film that I signed after my flops. I okayed this film long back and was confident that it will work. I go with my gut feeling and give the best for every film of mine.

The biggest compliment you received for the film?

Post the special screening, Nagarjuna Garu was in tears and praised my performance. Also, I saw the entire theater clapping for minutes together in a single screen which rarely happens. Stars like Siddharth, Karthi, and Suriya sir called me to praise the film and my performance. I felt so happy.

Did your friend Ram Charan watch the film?

No, he did not. But he was involved with us during the release time. Charan kept on enquiring about the release and the promotions which was so nice of him. Prabhas anna was also quite keen to see the film but he is a bit low due to the passing away of Krishna Raju sir. Very soon, I will air the film for a few of my industry friends.

You are super talented. But many feel you are not doing justice to your talent. What’s your take?

I know the press and audience love me as an actor and have always backed me. If you see my career graph, no other actor has such memorable films as I have. All these films showcased me in a new avatar. I want to be on the top of the game but am doing it with good cinema. Doing memorable films is my way of success.

Will your criterion change in selecting films post-Oke Oke Jeevitham?

Yes, it has changed. The audience has evolved a lot and needs content-filled films with entertainment. So, I am very carefully selecting my future projects from here on.

So, is weight loss and transformation a part of your new avatar?

No. I lost weight only for my physical and mental health. I wanted to shed a few kilos and be away from the pressure and start afresh. I have a film lined up with Raashi Khanna and also signed three other films which will be announced soon.

You are an eligible bachelor and have no link-ups. Why do you keep such a low profile?

I like it that way and try to keep it simple. If you don’t see me at film events, I will be busy at my farm chilling with the animals and nature. I have been quite simple and don’t like Hungama around me.

Any particular director who impressed you in recent times?

Any plans of expanding your horizons pan-India wide?

I am content as an actor and would do films mostly in Telugu as I have a lot to explore here. I am not in the rat race and would be remembered as an actor who does sensible films in his career.

Finally, when are you going to get married?

Laughs… Marriage is not on the cards as of now. I am following the principle of ‘Oke Oka Jeevitham’ as of now and enjoying it with work and doing my own stuff that makes me happy.

With that, we ended our interview with Sharwa and wished him the best of luck with his future projects.